US Will Screen Air Passengers for Signs of Ebola. Will It Work? 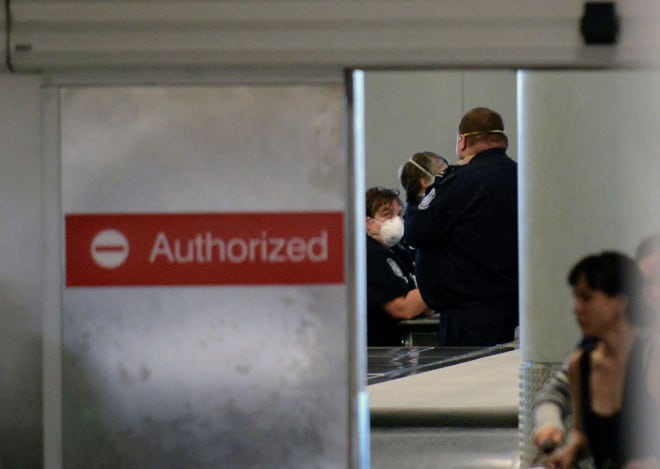 It’s the first attempt to control Ebola at the US border, announced, probably coincidentally, on the same day as the death of the only Ebola patient to make it into the US thus far. Political pressure for the CDC to do something was growing, and some visible step was necessary. But in the public health world, I am hearing some doubt whether it will work. Here are some reasons why.

The first reason is that passengers’ routes may be murky. If you check airline routing sites (I like Skyscanner), you’ll see that there are no direct flights between the United States and those three countries. Passengers who can find flights — some are still running — connect through Brussels, Frankfurt, Paris, sometimes even Toronto. If the connection is immediate, off one plane and onto another, the itinerary is easy to trace. If it’s broken, by a stay in the connecting city of a day or more or a transfer to a non-affiliated airline, pinpointing the place of origin becomes more difficult. (This morning, the UK defense secretary rejected entry screening for just this reason.) At that point, public health officials may have to rely on identifying passengers based on the country which issued the traveler’s passport. That sorting method may both deliver more people to screening than needed — thus sucking up scarce public health staff who could be deployed elsewhere — and also miss people who could have come from the epidemic area but are not country nationals.

The second is that — as demonstrated in the sad case of Thomas Duncan, the Ebola patient who died Wednesday in Dallas — passengers can be infected, and on the way to developing symptoms, yet pass exit screening. Duncan was checked for fever at his origin airport in Liberia, and approved to fly. He developed Ebola symptoms, and became infectious, after he arrived in the US.

The third is that fever screening, at entry and exit, has been tried before in various outbreaks. (I experienced this screening myself once, flying into Guangzhou in 2009 in the midst of the H1N1 flu epidemic.) In assessments afterward, authorities have judged it not useful. As NPR pointed out yesterday, Australia checked 1.8 million incoming passengers during the SARS epidemic of 2003, identified almost 800 who had a fever, but did not find a single SARS case.

The country which did the most to attempt to control SARS was probably Singapore, which because of its political culture was able to impose mandatory fever screening not only at airports and land crossings, but in schools as well. But in a series of analyses afterward (including this and this), Singaporean researchers concluded that temperature screening had not been useful. The authors of those papers are surprisingly candid about what temperature screening was good for: as a reassuring sign that the government was taking action, whether or not that action worked. Consider this piece by the Deputy President and Provost of the National University of Singapore, written three years later:

Screening passengers for fever makes it look like someone is doing something. (It’s also a surprisingly active area of engineering research; check these post-SARS papers from 2005, 2006, 2009, 2013 and this year.) But as Duncan’s case demonstrated, the critical point for “border control” of Ebola may be not the airport, but the emergency room.

We already know — have known for years, in fact — that our emergency-care system is underfunded, overstressed, and asked to bear a larger burden for the health of the mass public than either hospital or outpatient care do. It is very disappointing that Duncan’s travel history was ignored in his first encounter with Texas Presbyterian — but as Texas health journalist Laura Beil pointed out on Twitter yesterday, not even slightly surprising given the churn of uninsured patients through the state’s big ERs. I noticed in my email this morning that the annual scientific assembly of the American College of Emergency Physicians takes place in two weeks in Chicago, and the organization has scheduled two expert sessions on Ebola and ERs. It is smart for them to do so; they may be the real front line.