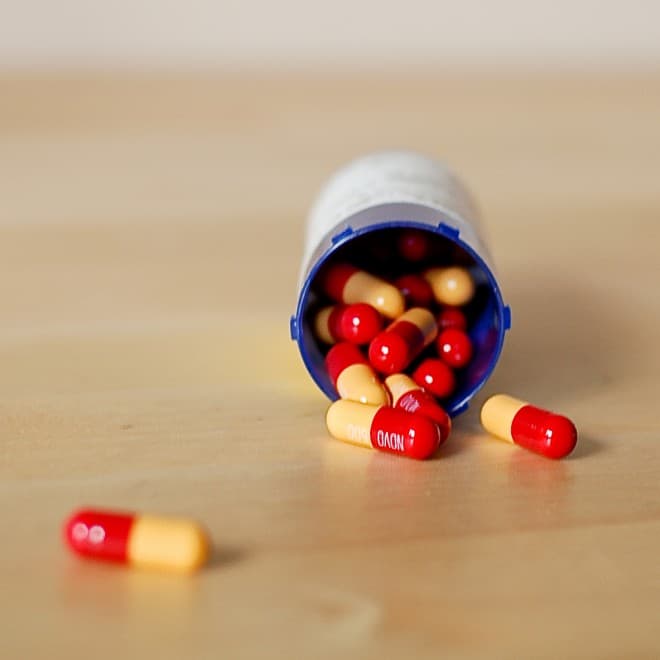 Double-barreled news today from the US Centers for Disease Control and Prevention. In an analysis of several sets of hospital data, gathered by the agency and also purchased from independent databases, the CDC said it found that more than 37 percent of prescriptions written in hospitals involved some sort of error or poor practice, increasing the risk of serious infections or antibiotic resistance. And in a surprise announcement timed to the release of the federal draft budget, the agency said it is in line to receive $30 million to enhance its work combating antibiotic resistance in the US.

The budget announcement first, because that takes less space. The budget released Tuesday afternoon by the White House — which, to be clear, represents just the opening bid in a negotiation that will take many months — includes $77 billion for the Department of Health and Human Services, the CDC’s parent agency. That $30 million is deep within the line items; the budget narrative (p.4 of this pdf) says it “more than doubles CDC funding to combat antibiotic resistance.”

So, that’s significant news — and will be even more significant if the line item survives budget wrangling in Congress. It would represent additional resources that the agency could pass onto state and local health departments, which are the backbone of US public health, as well as the ability to invest in better molecular tools and expand its networks of surveillance to detect bad bugs.

The current surveillance network, which comprises several overlapping detection systems, produced the numbers that make up the other big CDC news today. As part of its push to reduce antibiotic resistance — the subject of its massive Threat Report from last fall — the agency looks at the ways antibiotics are used in hospitals, and concludes: Medicine can do better.

The CDC gathered these statistics in support of a push for what is generally called “antibiotic stewardship”: creating programs that help hospitals institutionalize being conservative with antibiotic use, in hopes of slowing down the emergence of resistance. The effort to improve stewardship was announced in a press briefing by CDC director Dr. Tom Frieden, who was joined, in a sign of support, by Dr. John R. Combes, senior vice president of the American Hospital Association.

The campaign, Frieden said, contains two key strategies: that every hospital in the country adopt a formal stewardship program, and that hospitals begin working with state and local health departments to track patients regionally, so that ones carrying resistant infections and dangerous ones such as C. diff can be anticipated. 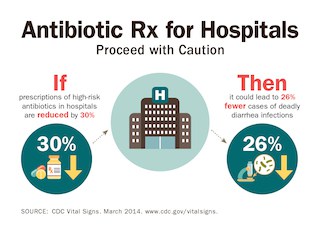 Under the first strategy, the CDC has created a 7-point list of “core elements” that hospitals need to make stewardship succeed, from leadership support, to putting a physician and a pharmacist at the head of the program, to creating in-hospital surveillance and education programs. (There’s also lengthy guidance for each element.) It also recommended specific actions that all hospitals should take, such as instituting a “time out” check 48 hours from the start of any antibiotic regimen, to make sure the drugs are still needed and the right ones for the job. Under the second, Combes said, the AHA’s “Hospitals in Pursuit of Excellence” program has developed guides to coach hospitals of all sizes in working regionally to prevent the spread of infections as patients are transferred.

“Stewardship” and the multi-point checklists that accompany it sound dauntingly bureaucratic. But Frieden made the point that the goal of creating such programs is not just to preserve antibiotics — important as that is, with new drug development so slow — but to save lives. In the United Kingdom, he said, coordinated stewardship programs which cut the use of powerful broad-spectrum antibiotics by 50 percent over 7 years simultaneously forced down the incidence of C. diff infections by 70 percent.

Meanwhile, there will be more to come later this week on the details of the CDC’s budget. The science and tech budget proposals were not universally welcomed — the NASA budget took a hit, and the American Society for Biochemistry and Molecular Biology criticized the allotment of funds for the National Institutes of Health — so it will be interesting to see how the CDC’s rolls out.