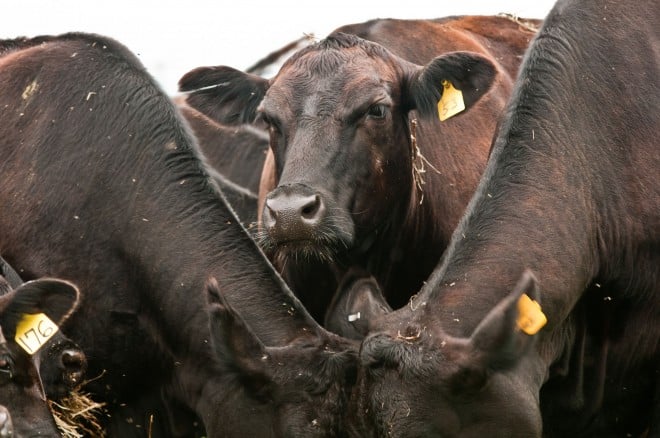 This will be a quick post, because I caught up to this late (travel) and its news value will be out of date in a few hours:

If you are concerned with how the US Food and Drug Administration regulates the way antibiotics are given to meat animals raised in the United States, then you have a few more hours to put your concern on the record. The comment period for the FDA’s “Veterinary Food Directive” closes at midnight Eastern Time tonight, March 12, 2014.

The Veterinary Feed Directive is an FDA regulation, about a decade old, that addresses the circumstances under which livestock can be given antibiotics — small-dose growth promoters; prophylactic antibiotics to prevent disease due to farm conditions; or full-strength treatment doses to take care of disease in a flock or herd.

If you’ve been reading for a while, you might remember that the first of those categories — growth promoters, also knows as sub-therapeutic antibiotics — have been under dispute for decades. Their benefit is that they allow animals to put on more marketable muscle than a non-dosed animal eating the same amount of feed, or allow animals to get to market weight eating less feed than a non-dosed animal would require. Their downside, demonstrated in several decades of scientific research, is that they contribute to the rise of antibiotic-resistant bacteria that do not stay on the farm where the animals are raised, but move into the wider world.

After three decades of being stymied mostly by political interference, the FDA has moved over the past few years to rein in growth-promoter and (to a degree) prophylactic use, via three regulations: Guidance 209, Guidance 213, and this VFD. Guidance 209, which has been finalized, decreed growth-promoter use “inappropriate,” with a long review of the scientific evidence. Guidance 213, which is in draft form was finalized in December (sorry, writing too fast), reaffirmed the FDA’s position on growth-promoter dosing and elaborated its concerns about prophylactic dosing. (Here are two posts on it from when the draft was released.)

Both those guidances proposed to cut down on inappropriate uses of antibiotics in meat animals by requiring that licensed veterinarians be involved in any antibiotic ordering for a farm. The VFD, the third regulation, backs up the guidances by specifying how and when a veterinarian must act.

From the start, public health and animal welfare groups have had some concerns about the VFD, worried that loopholes would allow antibiotic use to continue essentially unchanged. Chiefly, they are concerned that an “unlimited refills” provision undercuts the agency’s desire to see antibiotics controlled — and that a requirement to retain prescription records for only one year makes potential abuse easier.

The FDA has received almost 1,500 comments (such as this one from an infection-prevention nurse, and this one concerned about the burden on small farmers). The Pew Charitable Trusts, which wants to see the VFD tightened, has compiled a number of comments on this page.

Whether you agree or disagree with the ruling, you have only a few more hours to make your voice heard.