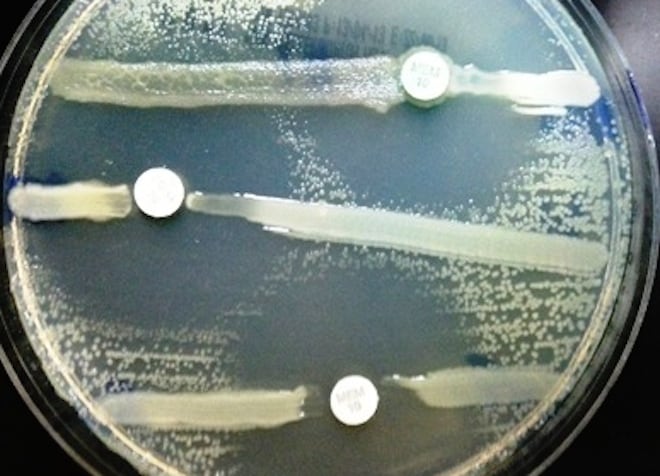 This is superb, with just one catch: The politicians were in Europe.

The politicians speaking out were Prime Minister David Cameron in the United Kingdom, and Edith Ingeborg Schippers, Minister for Health, Education and Welfare, in the Netherlands. The leader of one government and a Cabinet-level minister in another — I can’t think of any occasion where US government officials of equal status have spoken out on the problem. In the United States, articulating the government position on resistance has been left to Dr. Tom Frieden, the director of the Centers for Disease Control and Prevention. He is a very direct and thoughtful spokesman, but in the government’s organizational chart, he is one step below Schippers’ counterpart, the Secretary of Health and Human Services (Sylvia Mathews Burwell, sworn in last month), and several below Cameron’s counterpart, President Barack Obama.

Imagine Obama speaking out about antibiotic resistance. What a powerful statement of priorities that would be.

Cameron spoke Wednesday to announce a UK government inquiry into the market failure that allowed pharma companies to leave antibiotics manufacturing rather than making new drugs. He said:

If we fail to act, we are looking at an almost unthinkable scenario where antibiotics no longer work and we are cast back into the dark ages of medicine where treatable infections and injuries will kill once again… That simply cannot be allowed to happened and I want to see a stronger, more coherent global response, with nations, business and the world of science working together to up our game in the field of antibiotics.

The medical nonprofit The Wellcome Trust is funding the commission’s work to the tune of £500,000. The commission, led by a top economist, is intended to announce recommendations for action next year.

Meanwhile, the Netherlands government last week hosted a meeting of health ministers and secretaries, a follow-up to the World Health Organization’s decision to pursue a Global Action Plan aimed at combating resistance. Schippers spoke during the conference’s opening and her remarks were unusually powerful and direct. Some excerpts:

First: we have to prevent the transmission of infectious diseases — and thereby the use of antibiotics. In our healthcare facilities ánd in our veterinarian sector. Infection prevention is achievable by all. Relatively simple measures render great effect. Measures like hand hygiene are essential to prevent resistant bacteria to enter our health care facilities.

If this is true, why then do we still accept doctors to ignore basic hygiene principles? How can we, each in our own situation, reduce the occurrence of healthcare related infections? It is just one of the many questions we have to ask ourselves.

Even in the Netherlands, where the resistance rate is one of the lowest in Europe, we have to constantly be aware of these basic principles. Even in our hospitals and healthcare facilities, we have recently seen outbreaks of multi-resistant bugs. Being satisfied with your own results, turns out to be dangerous as well.

Second: I think we should use antibiotics in a prudent and restrained way. Again both in healthcare ánd agriculture. This means that antibiotics should not be used for viral infections, only after proper diagnosis, only on prescription and under national surveillance. With peer systems for medical professionals.

And — when it comes to agriculture — it is my firm belief that we should ban the use of our last-resort antibiotics in animal husbandry all together. These precious medicines are our common heritage. We should treat them as such.

To my knowledge, no one with an equivalent position in the US government has ever spoken so directly or substantially about antibiotic resistance — and particularly not about the politically contentious (though scientifically settled) problem of drug use in agriculture.

Finally, because Dutch friends tell me it is going viral: The Netherlands conference included personal testimony from a Dutch TV presenter and columnist, Daphne Deckers, about her months-long struggle with a highly resistant urinary-tract infection that came out of nowhere and sickened her for months. (Similar infections have been linked by genetic sequencing to antibiotic use in meat production.) It is well worth watching.