Enhancing Flu In the Lab: Are Accidents Inevitable? 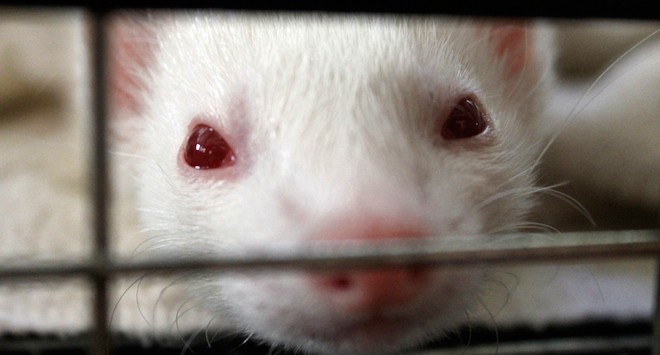 I want to revisit something I wrote about last month — dual-use or gain-of-function flu research — in order to point you to some important recent writing on the issue. To recap, “gain of function” research involves taking a flu strain that already causes severe disease, but is not currently very infectious, and manipulating it in the lab so that it  becomes more infectious. This project is being pursued by two high-profile flu labs, one in the Netherlands and one in Wisconsin, as well as some other smaller labs, and it has been criticized by other researchers as irresponsibly dangerous.

Most of the discussion over this practice has occurred in medical journals. But now one of the critics, Marc Lipsitch of Harvard, has written an op-ed for the New York Times that lays out the questions in everyday language. Lipsitch takes the recent lab error at the Centers for Disease Control and Prevention, which put about 80 employees at risk of inhaling live anthrax bacteria, as evidence that even the most careful, most secure labs make mistakes — and explains how deadly a lab mistake involving an enhanced flu could be.

We should be glad that it was only anthrax. Anthrax is a dangerous but noncontagious bacterium; the risk to the exposed workers is real, but there is no danger of transmission to others. Much more troubling would be an accidental exposure to a dangerous, contagious pathogen…

Unlike experiments with anthrax, creating such flu strains in the lab presents a danger that affects us all, because once it is out, such a strain would be extremely hard to control. The researchers involved note that their labs are very safe, and they are. But “very safe” does not mean the risk is zero.

Lipsitch adds that we already have evidence of how deadly lab mistakes can be. Indeed, it is likely that one of the 20th century’s flu pandemics was created by one.

A new H1N1 flu strain appeared unexpectedly in 1977 and spread globally for over three decades, infecting people until the 2009 pandemic strain replaced it. Genetic and other evidence leads most experts to believe it escaped from a lab in China or the Soviet Union.

The foot-and-mouth disease outbreak in British livestock in 2007 resulted from a virus escape from a high-containment agricultural lab, probably first in contaminated wastewater and then further spread by human and vehicle traffic. In Beijing in 2004 nine people were infected by a SARS virus from a high-containment lab before the outbreak was stopped. Between 2003 and 2009, there were 395 “potential release events” and 66 “potential loss events” in American labs involving select agents, a category that includes many of the most lethal bacteria and viruses, including anthrax.

Lipsitch’s point here, and in other pieces he has written (PLoS Medicine, CIDRAP), is that the risk in gain-of-function research is unacceptable because the potential benefits of the work have been overstated. Those benefits are claimed to be better vaccines against virulent flu, and better surveillance for potentially pandemic strains — but, Lipsitch says,

…these experiments do not give us a reliable guide to predicting which of the many strains circulating in animals pose a danger to humans. The science is nowhere near the stage where a list of genetic “danger signs” can be crosschecked with flu viruses infecting birds to identify high-risk viruses. Indeed, time after time, flu viruses surprise us, having biological properties we don’t expect from what we know of their genetic sequence.

In opposing gain-of-function flu work, Lipsitch and his co-authors, notably Alison Galvani of Yale, have been fighting a fairly lonely battle. For a variety of reasons, the gain-of-function work seems to me to have received much more fascination than it has critical examination. (One exception: My MIT colleague Yves Sciama in Le Monde.)

So I want to be sure to point you to the essays that bioethicist Nicholas Evans has been writing at his blog The Broken Spoke, which carefully and precisely — down to the wording of headlines — take apart poor logic and careless rhetoric being deployed in the gain-of-function debate. His piece on a popular virology podcast’s attack on Lipsitch and Galvani, which extended to using a third-party site to reroute traffic away from their PLoSMed paper, is especially thorough.