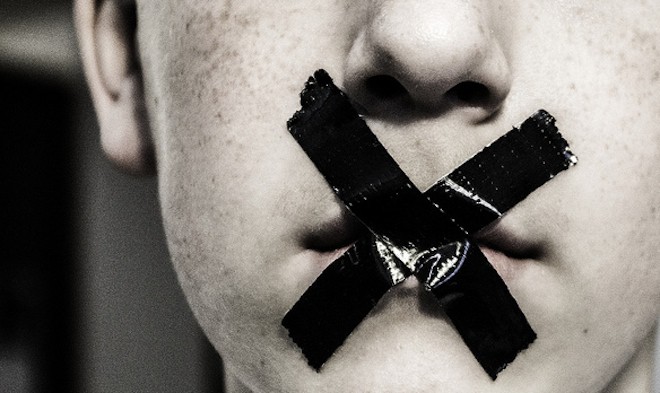 Back in 2011, I was researching a story about the under-appreciated toll of foodborne illness. Through social media, I met Lisa Bonchek Adams, a mom of three in Connecticut who had suffered an extended, bad bout with antibiotic-resistant Campylobacter. She was a great interview — thoughtful, funny, frank — and she had an extraordinary story: She was a survivor of breast cancer and aggressive treatment for it — double mastectomy, preventative removal of her ovaries and chemotherapy — but, she said candidly, foodborne illness had made her sicker than her cancer treatment ever did.

After confirming her story via physicians and factcheckers, I used it as the opening of a long investigative piece that was published in June 2012. After that, we stayed in touch on Facebook and Twitter, and I watched as her already substantial following expanded, responding to that same forthright voice that I had found so compelling. Within a few months, though, her fortunes changed — and subsequently, so did her online circle. In October 2012, Adams learned that her cancer had returned and metastasized elsewhere in her body. It was judged Stage IV, incurable. She wrote:

I am at the beginning of what treatments are available for me.

Don’t you count me out yet. Far from it.

Just because this disease can’t be cured doesn’t mean there isn’t a lot of life left in me; there is still so much for me to do.

In the 2 years since, I’ve watched in admiration as Adams has spoken directly and realistically about her treatments, family relationships, symptoms, hopes and fears. She is uniquely not a treat-at-all-costs cancer warrior, not a Pinktober booster, not a believer in miracle cures. Carefully and patiently, even when in pain (she has been in the hospital since Christmas for pain management), she commiserates with other patients and their families, urges people via her #mondaypleads hashtag to get regular checkups, and starts every day on Twitter with this mantra: “Find a bit of beauty in the world today. Share it. If you can’t find it, create it. Some days this may be hard to do. Persevere.”

So you’ll understand why I, and numerous other bloggers and tweeters, object to two first-person essays about Adams, published over the past few days by a New York Times editor and his wife, and consider them gratuitous, mean-spirited attacks. (A sample of reaction: Xeni Jardin, on Twitter (Storified); Megan Garber, The Atlantic; Greg Mitchell, The Nation; Cecily Kellogg, Babble; Adam Weinstein on Gawker.)

The first, by Emma G. Keller, was published Jan. 8 in The Guardian: “Forget funeral selfies. What are the ethics of tweeting a terminal illness?” From the piece, which counts up Adams’ tweets (“more than 165,000 times (well over 200 tweets in the past 24 hours alone)”):

She describes a fantastic set up at Sloan-Kettering, where she can order what she wants to eat at any time of day or night and get as much pain medication as she needs from a dedicated and compassionate “team”, but there is no mention of the cost. She was enraged a few days ago when a couple of people turned up to visit her unannounced. She’s living out loud online, but she wants her privacy in real life.

In some ways she has invited us all in. She could argue that she is presenting a specific picture – the one she wants us to remember. “I do feel there will be lasting memories about me. That matters,” she wrote to me in a direct message on Twitter.

Emma Keller’s piece received significant reaction (206 comments so far, many more Twitter reactions), much of it negative. One early sample, from a man who identifies himself as the widower of a breast-cancer patient:

I have no problem with Lisa Adams’ desire to share her pain. If it makes her death better for her — and I’m sure it does — then I’m all in favor of her tweeting about it. I don’t receive her tweets, so I don’t have to read them.

Is this a responsible use of social media? What an absurd question! Why is it necessary for you, Ms. Keller, or anyone else, for that matter, to be so moralistic about it? The social media are abused millions of times daily by people out for revenge or trying to be funny when they’re merely being obnoxiously racist, sexist, or some other kind of -ist. Lisa Adams has a great reason for making a public declaration of her pain, and she’s not using a loudspeaker truck to do it.

The negative reaction to the post apparently did not sit well with Keller’s husband, and last night he took to a different platform than the Guardian to also examine Adams’ writing, and to link to his wife’s piece. This is important, because Keller happens to be the former executive editor of the New York Times, now an op-ed columnist, and his platform is the paper’s opinion pages, one of the largest media megaphones in the English-speaking world. He writes that Adams

is all about heroic measures. She is constantly engaged in battlefield strategy with her medical team. There is always the prospect of another research trial to excite her hopes. She responds defiantly to any suggestion that the end is approaching.

As many writers said over the past 12 hours (the best point-by-point is Zeynep Tufekci’s at Medium), Bill Keller’s piece contains many inaccuracies, from the number of children she has (three, not two); to the reason she is in the hospital now (palliative pain management, not end of life care); to her attitude toward her cancer (she has explicitly, repeatedly rejected “battlefield” metaphors). As Tufekci — an academic researcher at University of North Carolina, Princeton and Harvard’s Berkman Center for Internet & Society, who was following Adams and other writers on cancer for an academic study — says:

Emma Keller seems to treat Lisa Adams’ social media presence like a car accident and ponders if it is ethical to look. That’s Emma Keller’s problem—and the piece could have been written as a first-person reflection of her own issues without bringing up a particular patient, as the piece is clearly not about this particular patient, Lisa Adams, but is about Emma G. Keller’s existential anxieties.

Bill Keller, on the other hand, has something he wants to say about how end of life is perhaps unwisely prolonged in small, painful increments with massive technological intervention in this country, so he projects this situation to Lisa Adams—except that is not applicable in this case.

What is most dismaying about both pieces is their suggestion that Adams is somehow doing cancer wrong: loudly, publicly, possibly getting some inappropriate financial break from her hospital, generally lacking dignity. Bill Keller makes this explicit when he mentions the death of his father-in-law (presumably Emma Keller’s father) from cancer in England, and links to a piece he wrote about that death:

What Britain and other countries know, and my country is learning, is that every cancer need not be Verdun, a war of attrition waged regardless of the cost or the casualties. It seemed to me, and still does, that there is something enviable about going gently.

This, of course, evokes the same battlefield metaphors that Adams has rejected in her writing — but it also draws a false equivalence and makes an incorrect assumption. Keller’s father-in-law was 79; Adams was 37, with young children, when she was diagnosed. Keller says in his earlier piece that his father-in-law chose to follow the Liverpool Pathway, a hospice protocol, as though Adams rejects such treatment. Nothing I can find in any of her writing suggests that she would reject that. Nor is there any suggestion that she is at the point where it is necessary that she choose.

What is especially extraordinary about this joint public criticism is that Emma Keller herself wrote about her own cancer experience, on her blog and in The Guardian, almost two years ago. She was diagnosed with ductal carcinoma in situ, and opted for a bilateral mastectomy with breast reconstruction. She describes the 12-hour surgery and adds, “Five days after surgery, I was pronounced completely cured. I didn’t need chemotherapy or radiation.”

Emma Keller ends her piece with: “My goal all along has been to put this experience behind me as fast as possible before carrying on with life as normal.” That echoes Bill Keller’s “going gently,” “slip peacefully,” “grace and courage” — all things, they strongly suggest, that Adams has not done.

But Adams’ life is not the Kellers’ life, and her cancer is not Anthony Gilbey’s or Emma Keller’s cancer. She is entitled to make her own decisions about her treatment, about how she plans her life now and her family’s eventual life without her, and about how she tells her story. She ought to be entitled, as well, not to be patronized and mischaracterized in two of the largest platforms in the English-speaking media. She is owed an apology.

(Update: The Twitter DM that is referred to in Emma Keller’s column was, according to Adams, part of a conversation between the two women that Adams believed to be private and informal, She told me that Keller gave her no indication it was an interview or intended for publication. Based on that allegation, according to Medium, the Guardian has taken down Emma Keller’s post. What I have linked to above is the original version captured by the Wayback Machine, web.archive.org.)

(Update 2: Responding to many requests on Twitter and presumably by email, the New York Times’ public editor, Margaret Sullivan, has commented on Bill Keller’s column. I am impressed she responded so quickly, and glad she criticizes him to the extent she does. His comments, on the other hand, are defensive and unsatisfying.)

(Final update, Jan. 14: The New York Times has written an independent story about The Guardian’s removal of Emma Keller’s column. In emailed comments to the author, Bill Keller once again dismisses critics of their pieces, this time with the dog-whistle term “political correctness.” [Does anyone even say that anymore?] The clear suggestion, in those comments and his ones earlier to Margaret Sullivan, is that he and his wife are pursuing a thoughtful discussion, while Adams and her readers insist on lock-step positivity. This of course is 180 degrees from reality: With her hundreds of blog posts and hundreds of thousands of tweets, it’s Adams who has provided complexity and nuance, and the Kellers, with their indifference to fact and insistence that they know better, who are clinging to a false narrative. Enough. Instead, for a smart, sensitive and thoughtful second-day take on the controversy, try Meghan O’Rourke’s piece at The New Yorker.)