Can Antibiotics User Fees Force Down Drug Mis-Use and Overuse? 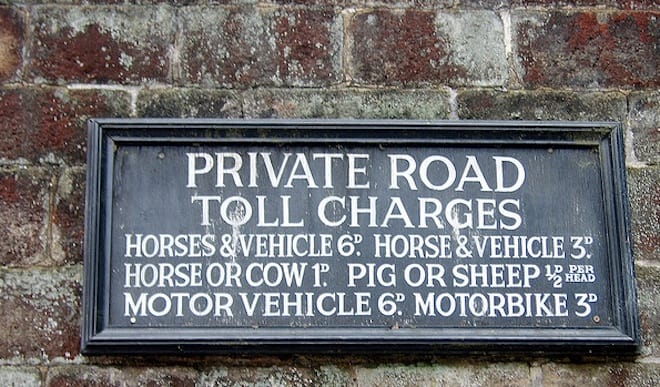 Here are the criticisms.

And here are their (Hollis’s co-author is Ziana Ahmed of the University of Toronto) arguments on behalf of fees:

Every use of antibiotics increases selective pressure, thus undermining the value for other users. In effect, each antibiotic can have only a limited amount of use, so it is appropriate to charge a fee, just as logging companies pay “stumpage” fees and oil companies pay royalties. (A perfect fee would be calibrated to the extent of antibiotic resistance caused by each use; a practical fee, which is what we propose, would be based on the volume of antibiotics used.) 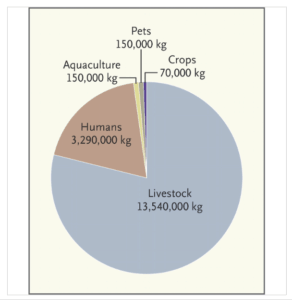 Estimated Annual Antibiotic Use in the United States. (shown as approximate numbers of kilograms of antibiotics used per year) via NEJM

This isn’t the first time a user fee for antibiotics has been put forward; longtime readers may remember that the issue surfaced in spring 2011 during the observances for World Health Day. That proposal came from the Infectious Diseases Society of America — not an economists’ group, but a physicians’ association that has pressed for new incentives for drug development. At the time, one of their spokespeople compared a drug use-charge to the cost of the admission ticket for entering a national park — a fee paid to offset personal consumption of a jointly owned, over-used resource.

It’s common in journalism to look back, at the end of the year, and assess what were biggest or most persistent stories of the previous 12 months. While I didn’t perform that exercise, it’s clear to me that concern for antibiotic resistance, and especially the role played by agriculture in fomenting resistance, broke in 2013 from a niche concern among geeks like us into the mainstream.

With that as backdrop, I would expect the conversation in 2014 to move toward the practical realities of curbing antibiotic overuse while stimulating the production of badly needed new drugs. Exploration of incentives — and disincentives — will be an important part of that discussion, and this paper can serve as a much-needed start.