Resistance: The Movie That Will Make You Care About Antibiotic Misuse

I and my friend Ernie Park, who co-directed Lunch Line, were attending screenings of that film in cities all over the country. Those screenings were often supported by groups that had a concern for child health and welfare, or food more generally. Through working with the former I started to hear about these crazy, antibiotic-resistant MRSA infections that were popping up in school locker rooms and day care centers, and while working with the latter I learned about what many of those groups saw as the overuse of antibiotics in animal agriculture.

Once I began scratching the surface on antibiotics, resistance and the whole constellation of related issues I became interested enough to start working toward a film. 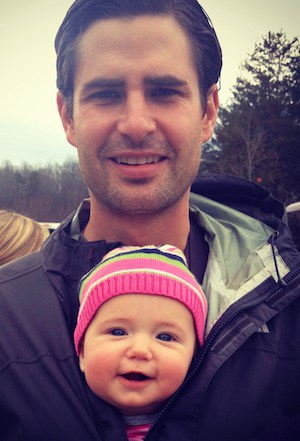 MG: Once upon a time I was on track to be a professor somewhere. While that didn’t happen, the seven years I spent in graduate school — first for an MA, then working on a PhD — definitely inform the way I approach subjects: a lot of time reading and taking notes, trying to get my head around it.

For Resistance that meant, starting about three years ago, I read a ton of journal articles by a range of authors, along with books by Stuart Levy, Brad Spellberg, and yours, and others. Research for this project also meant calling and emailing as many people as I could who already understood aspects of the subject much better than I did. I’d become acquainted through Lunch Line, with some smart, generous people from the Pew Charitable Trusts’ antibiotic resistance project, and a few other organizations that have an interest in the way antibiotics are used. They were gracious enough to help with introductions to several experts who appear in the film. Other connections came from mutual acquaintances, while still others came from the experts I’d just met who would say, “Oh, you should really talk to so-and-so. I can introduce you if you’d like.” I’d always say yes.

But the film is not just comprised of experts. I also include the stories and perspectives of individuals who have confronted antibiotic resistance in a personal way, through either their own health or the health of a loved one. I can imagine you’ve experienced this: When individuals or their family members were fighting a serious infection, the last thing a lot of them wanted to do was talk about the process with a stranger with a video camera and microphones. I was lucky in the end to find stories through the same circuitous route of acquaintances and gracious champions.

MM: The film definitely has a framing point of view, in that you don’t interview, for instance, meat industry people, or (many) pharma people. Was this a choice, or were you forced into it by circumstances?

MG: I attempted many times to interview representatives of the meat industry, from the Pork Council, the Animal Health Institute and other organizations. Most simply did not respond to multiple requests. A couple did, and I had nice conversations, but when it came down to scheduling on-camera interviews I couldn’t get anyone to commit. That was in the US. In Denmark I was able to capture representatives from the industry perspective, the regulatory perspective and from the conventional production perspective.

Regarding pharma, I was lucky to meet Dr. John Rex from Astra-Zeneca. He was gracious enough to share his insights with me both as an infectious diseases MD and as an executive at a multinational pharmaceutical company. I did attempt to interview representatives from other pharma companies, and there again had nice conversations with a number of people, but when it came time to actually schedule interviews, once a PR person intervened quash the interview, and other times some set of circumstances made it logistically impossible.

MM: What surprised you most in your reporting?

MG: I had very few preconceptions going into the project. I feel like I’m a relatively well informed person, but before I began research I knew almost nothing about the details and stakes of the antibiotic resistance crisis. So much of what I learned about antibiotics and resistance shocked me: over-prescription in human medicine, the inappropriate use of antibiotics in animal agriculture, the nearly dry global pipeline of new antibiotics, and the ecological implications of these inappropriate uses.

MM: Is there any way in which what you learned caused you to change your own life?

MG: I am much more respectful of and cautious with antibiotics than I was before making the film. Three key changes: I will definitely never demand an antibiotic from a doctor, and if I’m ever in a situation where antibiotics are prescribed for me or one of my children, I will definitely make sure I understand why the doctor is suggesting that course of action. I will never use “antibacterial products” that contain triclosan and other chemical antibacterials. I no longer buy meat that was raised with antibiotics.

MG: I think we’re locked in a race between our ability to adapt to new circumstances and information, and the inertia of our habits, entrenched ways of thinking, and institutions. Whether we’ll be able to adapt to what we know about antibiotics and what we’re learning about our place within the microbial ecology of the planet remains to be seen. But the intelligent, dedicated individuals that I met during the production of the film and since, who relentlessly work to improve our public and personal health, and to help us make smarter decisions, give me hope for the future.